How can I use more than one X-Arcade™ (4-player) at a time on my PC or game console? 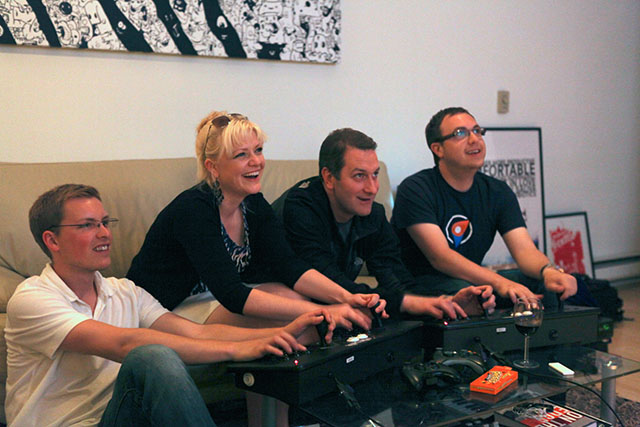 NOTE: If you connected 2 X-Arcade controllers in mode 1 to the same PC, the PC would think there are 2 keyboards connected that are both hitting the same keys because they are both using the same key layout. So the basic idea is that you need to program one controller to use different keys than the other which can be left in Mode 1

Dual/Tankstick: You will want to simply leave one controller in Mode 1, and program each extra controller to use different keys than those used in Mode 1. For 2 trackballs the software must support this, see the MAME™ help section for using 2 trackballs in MAME™.

Solo: For 2 Solos, it is easiest to simply make the 2 Solos act as a 2-player X-Arcade™. To do this, you'll simply want to program one of the Solos to be the player 2 controller, leaving the other in Mode1. Program the player 2 Solo to use the same buttons as the 2nd player side of our 2-player controller as shown in the image below.

You can use 2 console adapters to play 4-player on consoles in general. For consoles like the PlayStation 3 and Xbox 360 that may only have 2 USB ports you can simply use a USB hub.