CronusMax Adapter on Xbox One & PlayStation 4

We now have an Xbox One adapter solution here.

Interesting news that PlayStation 3 arcade stick compatibility on PlayStation 4 will vary from game to game, decision left to developers discretion.


X-Arcade on PS4 and Xbox One using CronusMax through a PC:

IMPORTANT: We do not offer any support for this workaround. The CronusMax will require you to use a PC in between the X-Arcade and console while you play. For direct help on this, please refer to this forum post., user Gl0zz3n will be happy to help.

With the help of the CronusMax team, we have made this custom layout so that the X-Arcade can work on the PS4 and Xbox One consoles through a PC using the Cronus PRO software. To do so, you will need to do the following: 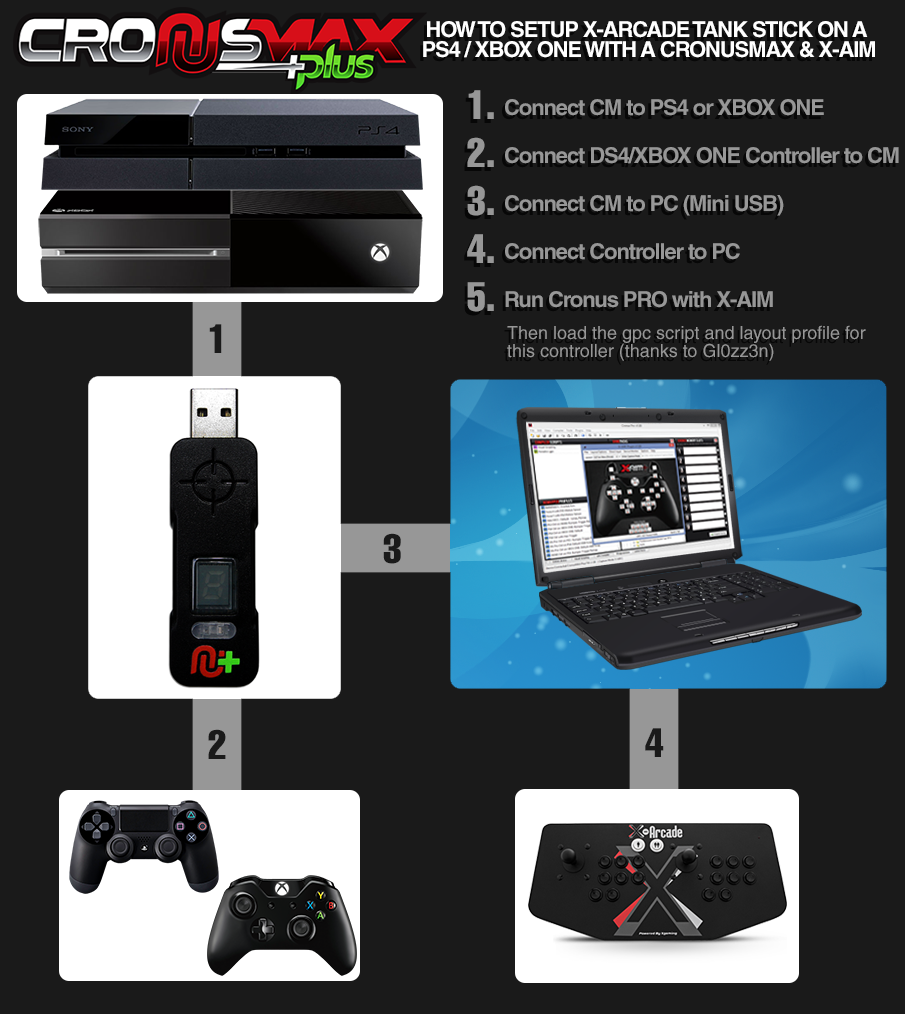 X-Arcade on Xbox One using CronusMax with Xbox 360 adapers:

NOTE: The CronusMax will only work with older 360 adapters, not the ones we currently sell.
The X-Arcade can work on the Xbox One using the CronusMAX adapters, though it is a bit pricey and not a perfect solution. To do this you will need:
Instructions: